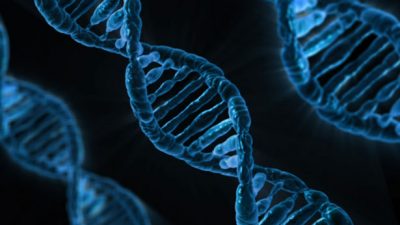 Synthetic biology is a branch of science and industry dealing predominantly with designing genetically modified organisms. Also, with the help of synthetic biology, we can currently edit the human genome to treat various genetic diseases, it is called gene therapy. We hope it will eventually allow us to significantly increase the duration of human life. In addition, there is another possible application of synthetic biology, which has not often been mentioned.

We know that animals, and especially humans, have a very amazing intelligent machine called a brain. Even the most powerful supercomputers, which consume a lot of energy and occupy a lot of area, can’t effectively perform many tasks which can be easily performed by an ordinary human’s brain or even an animal’s brain, and at the same time the average brain consumes less than 100 watt energy and is held in a relatively small volume of space. And why shouldn’t we try to improve this wonderful natural device in order to obtain even a better thinking machine?

The traditional way of developing AI is more concerned to deal with computer science rather than biology, but scientists and engineers who work on creation AI often take inspiration from neuroscience. In fact, the foundation of plenty of machine-learning programs is based on artificial neural networks, mimicking the brain neural structure.

But rather than focus only on a creation of artificial intelligence, nowadays many researchers focus on improving the human brain with the help of genetic engineering and synthetic biology. There is another even more amazing possibility – creation of a super mind, not human, but still biological.

Design of synthetic life based on new types of proteins

We should remember that all higher multi-cell organisms are made of trillions of cells, for example, a human body consists of around 1013 individual cells. These cells are made of numerous, different, and complex organelles and then the organelles consist of billions of complex molecules, especially proteins, which are considered the primary blocks of all biological organisms. Proteins are polymers with a chain consisting of 20 different amino acids, and this chain determines the structure and functions of the molecule. Different proteins have different numbers of amino acids, but the average length of a protein molecule in higher organisms is about 350-400 amino acids. Thus, the whole set of all possible combinations of amino acids for an average protein is about 20350, and this figure is much bigger than the number of atoms in the known universe. That is why the number of all possible proteins both existing and non-existing is almost unlimited.

If we can effectively create new proteins with targeted functions, we will be able to create new organisms with any possible traits that we want, including a super brain, almost from scratch.

Unfortunately, the design of large proteins is still a very difficult computational task. Moreover, we should remember that each protein located in a cell often interacts with other proteins and other molecules, which we also have to take into account, and the total number of proteins per average mammalian cell is estimated 1010. So, you can imagine how difficult to design new forms of life at the most fundamental, molecular level. Furthermore, we cannot exactly simulate very large proteins so far, but only generate approximative models. Having such models is not enough; imagine that you were making an engineering drawing of a machine and you could draw nuts, bolts, screws or any other parts with only approximative dimensions, in this case, they would not fix to each other and the complete machine would not function.

It is likely that we will not be able to create new forms of life mainly based on new types of proteins until new types of computers appear. Some scientists believe that a quantum computer will allow us to perform computations that we need in synthetic biology, but in spite of some progress, the existing of the powerful and reliable quantum computer is still far from reality. It is interesting that several years ago a certain Canadian company called D-Wave Systems claimed that they manufactured a quantum computer where computation is achieved through the quantum entanglement.

Although these new devices effectively perform certain types of optimization algorithms, they are not true quantum computers, which were proposed by R. Feynman, and there are some pieces of evidence that these machines are not able to perform most real quantum-computing algorithms, so D-Wave Systems’ computers may not do calculations that we need to design complex bio-molecules. By the way, many researchers consider quantum algorithms itself as a very important part of the future artificial superintelligence.

Genetic engineering and improvement of the human brain

However, in order to design living organisms with new functions, we do not have to determine and calculate out all molecules and all interactions between those. Instead we can just rearrange the pattern of genes’ expression in the organism, or make certain proteins from other organism express in the genetically-modified organism, or even develop and insert artificial genetic constructions coding new proteins; all of this is a classical approach, and almost all achievements in synthetic biology as both in science and biotechnology have been obtained by this way. In order to do this in neuroscience, first of all, we need to understand how the brain actually works. Then, we should specify the genes that are crucial for the processes taking place in the brain.

We know that intelligence is a complex trait, influenced by many genes, but certain genes play a more important role among others in regulating this trait. There are many various studies revealing some of such genes and their functions. For example, overexpression of the NR2B subunit of the N-methyl-D-aspartate (NMDA) receptor (NMDAR), an essential molecule for synaptic plasticity, has led to increased learning and memory in transgenic mice. Also, scientists have determined certain genes which regulate aging and play significant role in cognitive abilities. For instance, an immune protein β2 microglobulin (B2M) impairs neurogenesis, and tends to be accumulated in greater levels in an older body.

In addition, researchers have already developed certain techniques for therapy of brain illnesses by methods of genetic engineering. And it is likely that soon many of these techniques will be used in everyday medicine. Probably, gene therapy can cure all neurodegenerative diseases, but first of all, those which caused by mutations in a single gene.

Another prominent trend is brain-computer interfaces. Probably, when scientists combine this technology with genetic engineering, we will obtain the brain with amazing features, for example, the ability to find and easily handle any possible information from all digital sources.

Creation of the artificial super brain is causing some concern

It is not surprising that intelligence correlates with the size of the brain in humans: the more neurons, the smarter the brain. But we cannot enlarge our brain extensively; we are limited by the abilities and dimensions of our body. And if we want to create a super brain, considerably more powerful than a human brain, we have to be very careful. It is not absolutely clear yet, but many neuroscientists consider the mental processes as not deterministic. If this is a correct conjecture, nobody can predict decision making with 100% accuracy, and it becomes even more challenging when we are inferior to someone’s other intelligence. And it’s impossible to make any mind think exactly the way we want it to. So, it is likely that someday such a brain could have a power over us, and eventually this brain will not be manipulated by us, instead, we will be manipulated by it.